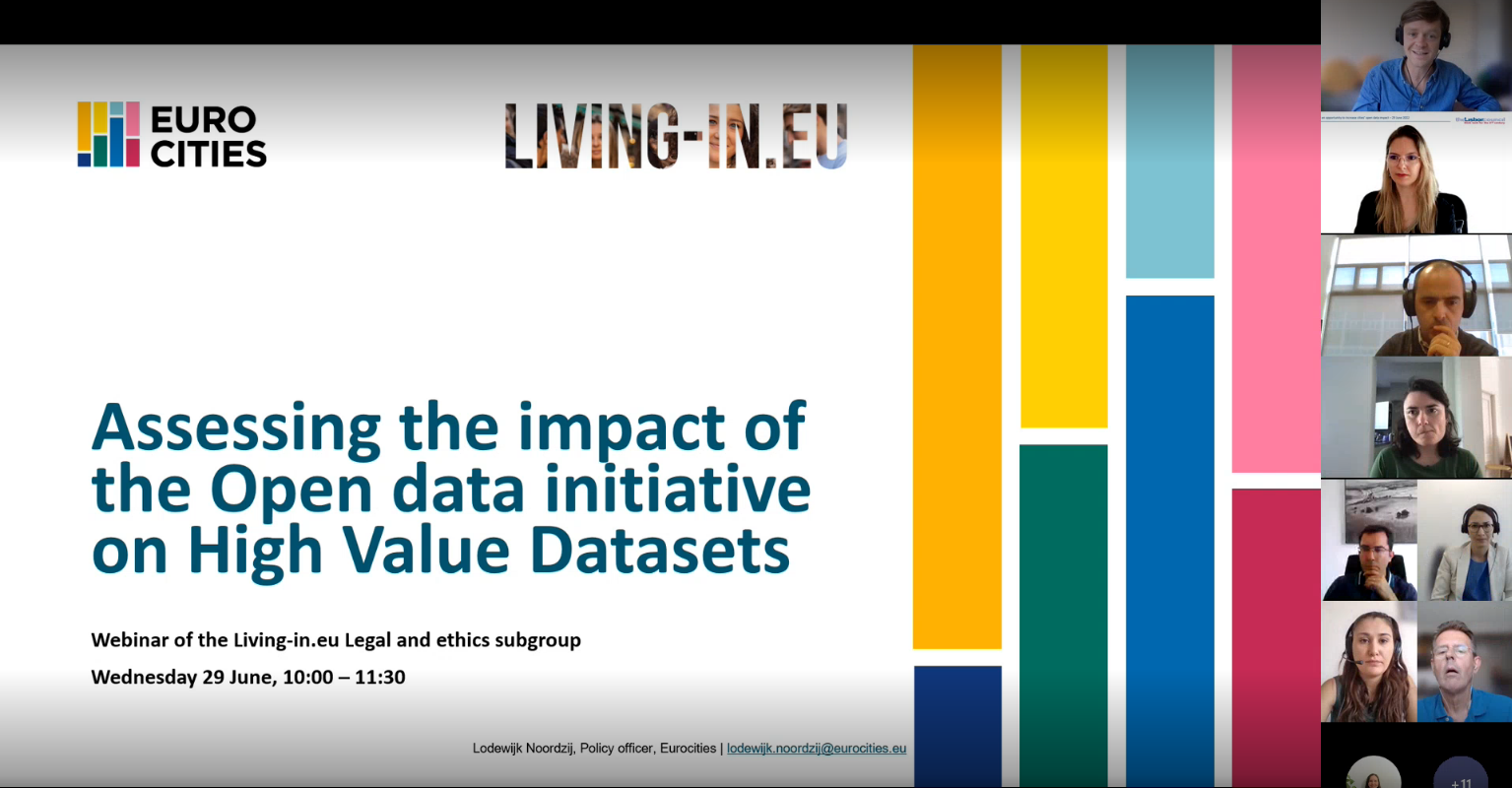 The Open Data Directive adopted in 2019 contains provisions for the creation of a list of high-value datasets that will have to be made open for publication, re-use and published via API. These datasets will include data held by public sector bodies in EU member states, at national, regional, and local levels.

On 24 May 2022, the Commission opened a consultation to define the list of high-value datasets and published the draft implementing regulation. The proposal provides cities with an opportunity to access new datasets in possession of public sector bodies, but it also specifies datasets held by local administrations. For instance, the proposal includes statistical datasets related to population, fertility, and mortality, as well as datasets relating to GDP main aggregates such as GDP and employment.

What will be the impact of this open data initiative on cities?

The webinar started with a presentation by the European Commission. Anna Ludin, Policy Officer, CNECT G.1 Data policy and innovation provided information on the High value dataset implementation act draft whose EU member states are contributing with their first inputs. She noted that the Open Data Directive (2019/1024) introduced a minimal set of rules to make more data from the public sector easier and cheaper to use for innovation. The directive only applies to data publicly accessible under national access to information regimes, that is, regulated at the national level, legislating the re-use of already accessible information. What the Open Data Directive does in terms of high value datasets is explains that these datasets should be available for free in machine-readable formats and via APIs and where relevant as bulk download within 6 thematic categories: Geospatial, earth observation and environment, meteorological, statistics, mobility and companies and company ownership data.

Datasets listed in the implementing act to be made available: For free and in real-time; in machine-readable format; via APIs and (where relevant) as bulk downloads.

Bart Rosseau, Head of Unit Data and Information at City of Ghent, provided his city’s perspective. He noted that there are a couple of very meaningful consequences for cities coming from the initiative. First of all, it would allow cities to have more access to very interesting data sets that they need for their own purposes. Second, there's attention for the machine readability and in real-time, so we can build services and products around that continuous data stream.

He noted that when it comes to mobility, cities have different situations whenever they have an active role or not in organising public transportation. Having the tools to have access to relevant datasets will be more valuable for cities to build their own policies, and to become more data-driven. In Flanders, where Ghent is localised, mobility is organised at a regional level, so if they are obliged to open data sets, it's better for the city that, today, depends on different contracts to have access to different data sets. This creates predictability and opens room for development.

He mentioned that, however, the reporting is mostly focused on the national level, and they need to consider that a lot of the interesting data sets are not organized on a national level but on a regional level and a city level. Also, there’s a need for standardisation of semantics, and better clarification on what is a public body and a public organisation. Nevertheless, he welcomed the initiative seeing advantages for cities both as a supplier and on the demand side.

Gloria Volkmann, Project manager Open Data, City of Cologne, started her speech by welcoming the initiative as it harmonises the use conditions of important public data and it has the potential for easy comparability and transferability of the smart city concept. She noted that, in Germany, most of the data is provided by the federal states and government bodies and not cities, therefore she questioned if the public service companies and cities possess the capabilities to make available such large quantities of data in a machine-readable format. To answer her own question, she explained that in Germany they do, showcasing Cologne’s data portal in collaboration with other 50 German municipalities and noting that some federal states also have their own portals.

Cologne is currently working on a Cologne open urban data ecosystem along with public and private companies and Volkmann noted that the increase of such ecosystems depends on the willingness of all involved to access and contribute. She noted, however, that there are some issues when it comes to companies’ data as public service companies don’t have to publish documents and share data if they relate to activities directly exposed to competition and, in their view, such data is directly exposed to competition when made available through the ecosystem.

Charlotte van Ooijen, Associate Director, Digital Government and Data, Lisbon Council, gave an explanation of how high-value datasets have an impact on the economy and society as a piece of a larger puzzle. She started by reminding the multiple roles of cities as data managers, providers and re-users. As data managers, they start out with data which aren’t necessarily anonymized or ready to be opened right away but might have a value for other types of processes in the public sector, such as datasets on mobility, with traffic cameras that capture potentially sensitive information through automatic number plate recognition that can be helpful for police work.  The governance of open high-value data is thus intrinsically linked to that of non-open public sector data. Therefore, high-value datasets can serve as leverages to ramp up the overall municipal data governance.

Van Ooijen also noted some missed potential of data re-use in the public sector as historically the focus of open data has been more on transparency in itself, mainly opening up data for the sake of being transparent and also providing a certain form of accountability within the public sector. This traditional view on data was also coupled with a lack of real incentive to scale public use and re-use of data.

She moved forward with examples from cities as data re-users in three main areas: Cities can use data to be better prepared for the future (anticipatory governance to ramp up the ability to predict trends and patterns and mitigate risks); Design and delivery of services; and to make the public sector more efficient and improve performance management. For her, there’s a real need to consider cities, as well as other public institutions, as data re-users (and not just data providers) from the outset of the data publication process.

Giving the example of Zaragoza, in Spain, van Ooijen noted that they have on the home page of their data portal a very prominent reuse of data support section, clearly showing their awareness of the importance of supporting the reuse as a core element of open data, going beyond the mere publishing of data for the sake of transparency. In addition, Zaragoza has a tech-oriented statistic dashboard reporting on most accessed data formats (e.g. json and csv), API retrieval methods and the total number of daily data consultations., and 55 re-use cases with description tags and keywords. She continued to give the example of Berlin, with frequently used datasets highlighted, 67 listed re-use cases with description tags and keywords, as well as a public survey considering the perceived importance of open data and they have also hosted a workshop with stakeholders to inform on their open data strategy. Van Ooijen gave an additional example of Helsinki that teamed up with three other Finnish cities, developing a shared data portal, providing 175 APIs to facilitate data re-use, presenting 301 re-use cases with searchable filters and a use statistics section featuring quantitative metrics.

Finally, she also mentioned the UserCentriCities platform (in which Eurocities has a prominent role), a European project consisting of 20 local and regional authorities and think tanks aimed at building a platform for local authorities to help them assess and compare their performance with their peers and help them in their efforts towards a digital government; And the data.europa.eu academy, a learning platform with courses and studies ranging from open data basics to new trends and challenges in the European open data landscape.

Over 40 participants engaged in a discussion on the issues debated during the event followed by a Q&A addressing some of the concerns of the participants.

And you can find the slides from Cologne, the Lisbon Council and the European Commission that were used during the event here.

The growing digital divide between urban and rural areas is one of the major challenges faced by citizens and businesses in Europe. 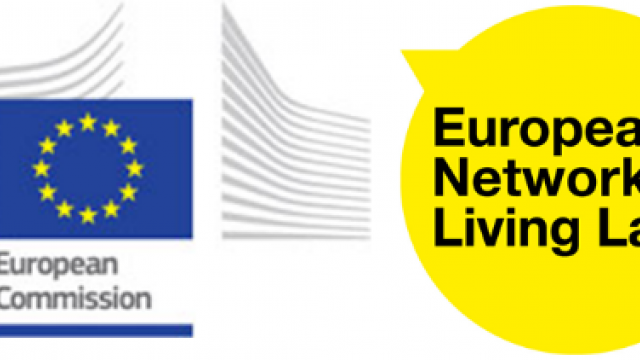 The launch event of Flagship 7 of the European Commission’s 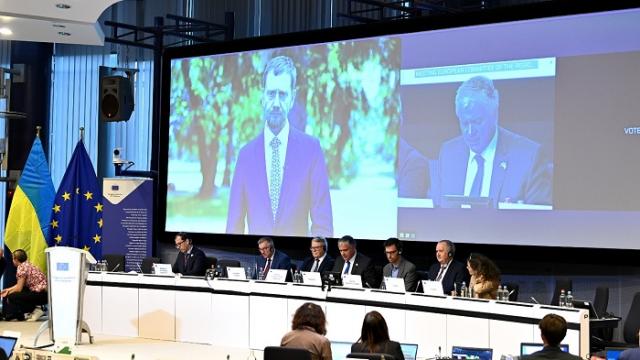 Automotive regions team up for a just and sustainable transition

The European Committee of the Regions (CoR) has launched the Automotive Regions Alliance – a political network of regions engaged for the successful transition of the European automotive and supply industry. 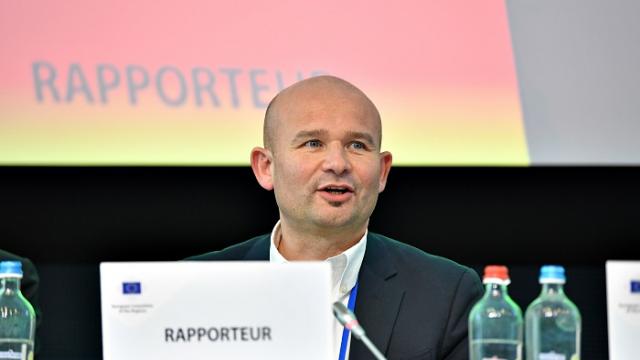